Last week I had the distinct privilege of joining a dozen others for a virtual roundtable with His Royal Highness the Prince of Wales, otherwise known as Prince Charles.

He gathered us from several different countries to examine the following question: Why isn’t sustainable farming being adopted more quickly? 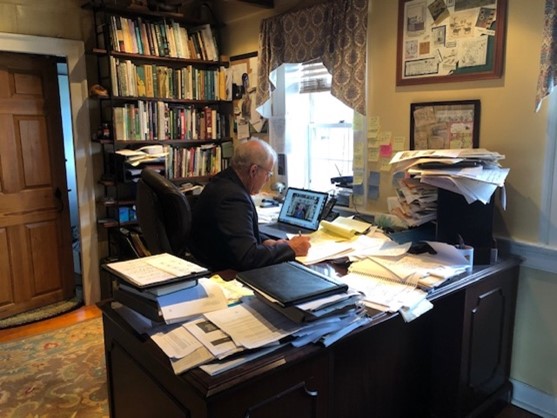 Moderated by Patrick Holden, founder and president of the Sustainable Food Trust in Great Britain, the hourlong session was part of Prince Charles’ Sustainable Markets Initiative (SMI). He has long been an advocate for sustainability across all economic sectors and sees the pandemic as an inflection point to move this agenda forward on a global scale.

Painfully apparent vulnerabilities in our industrial food production and distribution systems have gotten a lot of attention.

The fast-paced roundtable formally examined four hurdles to sustainability. Each participant then had to answer a question on these ideas.

The four themes were finance, labels, certification and smallholder empowerment. Several farmers as well as policy wonks dominated the dozen… but despite their differences, common ideas came to the forefront.

Here are some tidbits for your enjoyment…

A Measure of Excellence

Now that you have a pretty good taste of the hurdles, here are my comments on the question “What is the opportunity for a universal measure of excellence?”

A new certification program seems to step on the scene every few days, each concentrating on yet another aspect of sustainability, costing the farmer more time and money to comply, and always framed in a pass-fail model.

You’re either in or out.

The result of this is confusion, scale prejudice and lack of comprehensive measures.

What if a metric were established similar to Olympic gymnastics ratings wherein all participants could be placed on a continuum of expertise?

What if we could have a universal language that would comprehensively address all the values of sustainability as a percentage of excellence?

That honors every step toward sustainability and also recognizes different strengths. Very few people are strong on all points. It would allow different players to compensate in their areas of strengths for weaknesses in other areas.

It would let everyone play to their strengths and affirm all steps toward an agreed-upon paradise.

A metric capturing these values would put all players on a level field.

Such a metric would honor people rather than confuse them or fail them outright.

As a livestock producer, I’ve brainstormed 10 categories of interest.

Imagine if each received a point value out of 100 so that a composite could be determined. One outfit would be a 50… another a 70… another an 85.

All attempts toward a utopian sustainability would be rewarded, and all steps backward would be penalized.

As I said, such a system would put all players on a level field… and fairly display strengths and weaknesses.

One final note I’ll mention is that common themes throughout the discussion included both public and private prejudice against smaller farmers getting access to markets. Several folks mentioned government regulations that are “scale prejudicial.”

I’ve voiced these concerns for years, and it was good to see such consensus that freedom to market would encourage sustainable practice.

Now it’s time for these conversations to be had here in the U.S.

Do you think the pandemic will bring about lasting change to food production? Send your thoughts to mailbag@manwardpress.com.