We bought a chunk of land off our neighbor last week – just a few acres.

We’re the only folks in the world who could want it.

It’s in a flood plain. The old barn acts as a castle for mice. And the property is shaped like an arrow.

Only a fool would buy it… like the fool who owns the neighboring property.

You see, this lovely chunk of swampland that abuts the lower part of our property comes with a special gift… a building right.

It turns the deal into land baron’s alchemy. With just a few signatures, we can combine the parcels, absorb the building right onto our larger chunk of acreage and, a bonus, slash the property taxes on the new piece.

From there, we can subdivide an acre or two of higher ground… double our money… and even get to keep the rat castle.

Then again, we’re a sap.

We’ll probably give that land to a kid… if they dare want to be our neighbor.

We hesitated to bring up the deal. After all, these are the sorts of moves the other side loves to hate. They’ll say we’re taking advantage of loopholes. They’ll say deals like these are why the rich keep getting richer… that we have an unfair advantage.

We say you’d better put on your glasses… and start looking hard for these same sorts of opportunities.

The government is about to make it very hard to get ahead in this country.

The news is dire.

At nearly the same time as we were filing our new deed at the county courthouse, the fine folks across the street were counting their hill of beans.

They say, by golly, it’s time to send out the king’s troops and reassess the county’s property values.

They’ll see the new roof we put on the old barn, say the place is worth thousands more and raise our taxes.

Their fiscal emergency will lead to a permanent scar on our annual income statement.

No matter where we look, we see more of the same.

It’s a giant wave of irresponsibility building on the horizon.

We’ve warned about it for years.

They’ve tried to dam it up with a wall of debt. But as any good builder will tell you… you can go only so high before the thing collapses on itself.

We’ve written about the cities and states in big trouble before. But the list keeps growing… and growing.

A nearby town just fired all its firefighters.

It can no longer afford the most basic function of government.

The head of the public works department will now need to jump out of his dump truck and hop into a fire truck when the bell rings.

Pennsylvania’s Department of Transportation is so broke, we think it’s hired the latest class of creative writers from the local community college to help patch things up.

They’re scratching their millennial minds and proposing things like rush hour tolls… and GPS tracking to count the miles you drive (electric vehicles, it turns out, don’t pay nearly enough in gas tax). And, of course, they’re looking to increase registration fees – a festive annual tradition these days.

Before it makes us reach deeper into our wallets, perhaps the state could sell those useless (and expensive) highway signs that flash important messages… telling us things like “buckle up,” “wear a mask” or that texting and driving is harmful.

But then again, it’s more gainful employment for those creative writers… 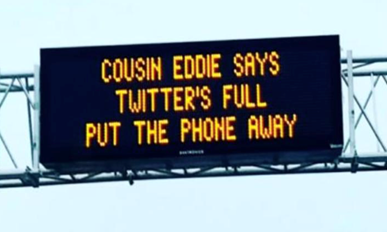 Folks in Chicago know what we’re talking about. The crooks in charge there are about to reach into the taxpayers’ pockets and pull out another $94 million in fresh property taxes.

They’re taking money from their citizens – essentially at gunpoint – to pay for their own spending waste and free-money giveaways.

That’s $100 million that could have gone into mortgage payments, retirement accounts… or a new beach house for the fella who worked so hard all his life.

But instead of helping its rightful owner, the money will help patch a rapidly expanding hole in the city’s pension funds.

And it’s not just the property owners who will get pickpocketed.

Chicago’s council also voted to pass a law that will now raise the property tax rate automatically each year by as much as 5%… Ouch.

It doesn’t take a skeptical eye to see the council is no longer set on helping and protecting its people. It’s now looking at citizens like walking piggy banks.

It just needs a hammer to crack them open.

We could go on state by state, city by city, but you’ve surely seen the headlines. In the heat of this budget season, your local news is surely telling you how much lighter your wallet will be next year.

We’ll simply sum it all up with one dire set of numbers.

Get this… During the first three quarters of this year, government and corporate debt around the world surged by $15 trillion… all the way to $272 trillion.

Among the world’s biggest nations, total debt now stands at 432% of GDP – a figure that has surged a shocking 50% from the same time last year.

The United States, of course, accounts for nearly half of the rise.

It’s proof that trouble is coming.

This COVID crisis not only lit the fuse of this debt bomb… but sliced it in half.

Fees… taxes… fines… They all add up, and they all trickle down.

Again, it leaves us with just two options. Make more money to pay for it all, or suffer from a lower quality of life.

If you can’t take advantage of real estate alchemy… here’s our best advice.

The stock market is soaring.

It has looked at the balance sheets. It’s read the history books. And it knows the inflation and free-money bonanza that lie ahead.

If you’re letting this fiscal mess scare you out of investing, we urge you to think again.

This roaring bull market is the only way to avoid falling behind.

Perhaps we can rent one of those highway signs from the governor and let everybody know.

P.S. We just released the details on five steps to help anybody avoid the devastation that’s ahead. All the numbers and the facts… and the potential way out are here.

Would higher taxes and fees keep you from investing? Share your thoughts at mailbag@manwardpress.com.