A lot of folks – hopefully, not you – won’t like the message below.

That’s a problem. We could even say it’s a “monumental” problem.

They won’t see the richness it could bring… the problems that it could solve… and how much simpler life would be if they just followed this simple advice.

You see, we were recently asked to take part in a documentary.

The topic is one we know quite well… money.

How do we make more of it? What’s it mean to us? What are we doing that other folks aren’t?

We joined more than three dozen other successful investors in the series. The filmmakers tracked down the world’s most famous, richest and most successful wealth experts…

People like Shark Tank star Kevin Harrington, wealth building genius Garrett Gunderson, real estate legend Kim Kiyosaki and even the bald guy who gets up early to write you each morning. 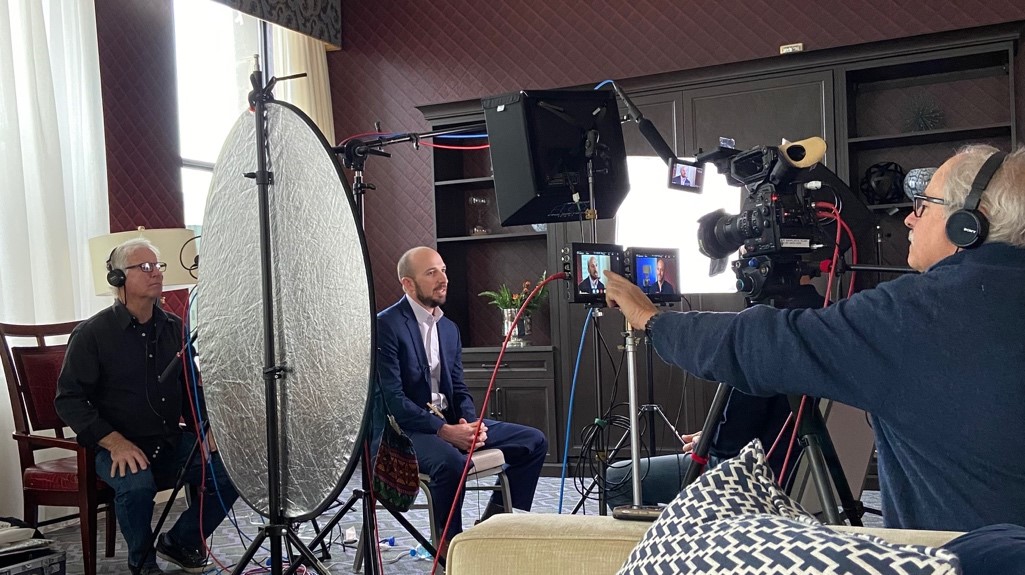 At first, we thought the idea was silly.

Forty voices on the same theme is a recipe for nothing good. It’s like adding all the spices on the rack to a dish and handing it to our guests.

Their faces will sour. Their taste buds will revolt with confusion.

Stick with one or two that match your views, we thought, and explore them to the core.

We could surely talk a whole lot more than the 20 minutes allotted to us… We could have given viewers all they need to know about making money. There’d be no need to find 39 other experts.

But then a pandemic struck…

And our streets were lit on fire…

Through it all, we heard just two voices – the outraged and the outrageous.

One says cops kill. The other says open fire.

One says wear a mask. The other says you can’t make me.

It’s pretty silly, but we get it. It’s just easier to think that way – light and dark; right and wrong.

But, our friend, we’ve been a lot of places in this world. We’ve seen a lot (some days we wonder whether we’ve seen too much). And we think you’ll agree that things are never perfectly light or entirely dark.

The blackest of nights still offer rays of light. And the brightest of days still feature plenty of shade.

In fact, the only time it’s truly dark… is when we close our eyes.

So tear down the monuments, toss some dynamite on Mount Rushmore… tear up those pictures of your old heartbreak.

It’ll do no good.

But that’s not where we aimed to have our pen take us today. Our intent – before our mind began to hop fences it probably shouldn’t hop – was to look at that documentary and the many voices and opinions behind it.

We suppose, though, that the topics are one and the same….

It’s easy to fall in line with the voices we agree with. It’s easy to blend into the mob and knock that old monument to the ground.

It’s a hell of a thing, though, to stand aside the mob and say, “Wait a minute… what if.”

If we had to boil our thoughts on making money into just one idea… that’s it.

You’ve heard it from us before.

For every way there is to spend money… there’s an equal number of ways to make money.

Buffett… Soros… Gates… and Musk… They all did it in different ways.

We’d never tell Musk he’d be better off doing what Buffett did. And the “Oracle” could never do what Musk has done.

The message this morning is quite simple. But it’s one that’s needed.

It may not be you who needs to hear it… but it’s clear many people do.

Stop and listen. Listen to as many voices as you can – the good ones and the lousy ones.

Once you hear them, you’ll realize the drone of the mob is an ugly sound.

If you’re looking to hear dozens of opinions on how to get rich – all of them proven to work by the folks touting them – then you’ll want to check out this new documentary.

We need more than two voices in this nation… a whole lot more.

What has made you stop and listen… and ask, what if? Let us know your thoughts here.